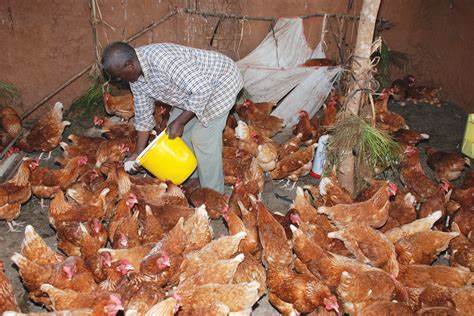 An anti-dumping duty is a protectionist tariff that a domestic government imposes on foreign imports that it believes are priced below fair market value. Dumping is a process wherein a company exports a product at a price that is significantly lower than the price it normally charges in its home

We fully support the decision made by the Government of suspending the import and export of chicken (chicken dumping) from 1st August 2022 till 1st August 2023.

The demand for chickens and eggs is high, presenting plenty of farming on a large. Layers are more profitable than broiler farming. Chicken produce is the fastest growing and profitable and it does not cost much to start farming as a chick cost a minimum of R9,20.

Farming of Chickens is one of the most affordable and effective farming in South Africa. Our people have for centuries farmed chickens in their homes as a form of food provision. As the Government has initiated the closing of borders for chickens we embrace the initiative as a community and as workers.

This initiative will impact positively on the following aspects:

Creation of Jobs and Business Opportunities

The government has programs that promote farming for new farmers. There are programs to loan farmers financial support to start farms that enable them to start small to big farms. There is LRAD grant provided by the government which has its criteria, it is open to all citizens to utilize. As a union, we believe that will enable new farmers to commence business, and employment will be created.

The government has also made provisions to acquire land. The Rural Development and Land Reform Department attend to any member of the community that seeks Land. A form can be obtained application form to apply in terms of the Land Redistribution for Agricultural Development program. We advise workers and the community to take advantage of this initiative by our government.

The investigation shows that the economy is declining due to the factors caused by the anti-dumping of chicken since the market is not even compatible due to the prices of chicken that are being dumped in the country, these countries UK,German,Nertherland they sell these chicken at a very low cheap price which makes it so difficult for local business to sell their chickens.

Farmers suffered a lot from the international trading imports and exports of trading chicken poultry, the price of the selling value of their chicken and eggs relying on the price market value of traders, their determination of prices always need to not differ from the imported chickens, customers always prefer a cheap chicken not interested in the information that who is the owner of this chicken we are buying and how healthy they can be.

And the benefit of these international trading imports and exports generating employment both the young generation and also the elders,

Most people in the country buy chicken, which is  good because chicken provides them with protein simple means its also good for their health, although comments may differ others are saying  that red meat is expensive not every household can afford red meat
Also in terms of the (GDP) research shows that from previous years till to this year, the buying of chicken keeps increasing which is a good thing for the market as well as the growth of the agrigricultural sector as well as the economy of the country.

South Africa is facing a huge rage of  rising food prices as a result of it the economy is being affected by these impacts resulting in poverty  most households are no longer surviving by buying enough food because of the different effects, and many people in the world are depending on poultry foods which is chicken and egg to provide their body with protein, as it is regarded as a cheap food when comparing to red meat, the government must have a re-look on SOUTH AFRICAN POULTRY  ASSOCIATION  (SAPA) in terms of the dumping and anti-dumping of chicken in the country and also in terms of international trading what effects will it have.

As AFADWU we support and promote this anti-dumping of chicken as it will bring hope with no doubt of job creation opportunity and will be a solution to this poverty that this country is facing and will have a positive effect on dropping food prices in the food sector.